5 Tanks That Changed The Course Of World War I – PrintKay

5 Tanks That Changed The Course Of World War I

It has been widely acknowledged that tanks were essential during World War I, as they were used to cross trenches on the Western Front. But do you know what led to the invention of the tank?

Since the end of 1914, German and British-French forces had faced each other in the trenches in a stalemate. The fighting on the Western Front often featured surprise attacks, as one side managed to break through the other's lines with intense artillery fire, followed by tens of thousands of soldiers attacking in the no man's land.

But advanced technology made such attacks unacceptably draining. Barbed wire was something that’s difficult to overcome and took a long time to remove from clothes. Machine guns could continuously knock down enemies from hundreds of meters away. Concrete bunkers and well-constructed trenches kept soldiers safe even from being hit by hundreds of guns.

Both Britain and France were worried that they would lose all their troops after failed attacks on the front lines because they could not break through the German defence. A group of visionary inventors and engineers then came up with the same idea: there must be a vehicle of some kind, a vehicle that must be armed and armored, capable of creating gaps between barbed wire, knocking down pegs, machine gun bunkers, and protecting infantry long enough to attack and capture enemy trenches. "That's what it takes to repel the enemy's occupation," said David Willey, curator at the Bovington Tank Museum. Then the first tanks stormed the battlefield in September 1916.


Below is the list of 5 tanks that helped change the landscape of World War I. The images and their descriptions of tanks during WWI are taken from Michael E. Haskew's book “Tank: 100 Years Of The World's Most Important Armored Military Vehicle”.

The first tank was invented by the British, used to cross enemy trenches, while the tank's armor allowed it to advance towards German machine gun turrets without being hit. The wide metal grooves under the tank's track can crush barbed wire and pass very easily. At that time – 1916, the Germans did not own any tanks.

The world's first tank was built by the British, used to fight Nazi Germany

After the British Empire first used tanks on the battlefield at the Battle of Flers-Courcelette in September 1916, the Germans learned from experience by either making trenches deeper and wider to prevent British tanks from crossing or making a narrow trench for the tanks which passed through would be destroyed by bombs. 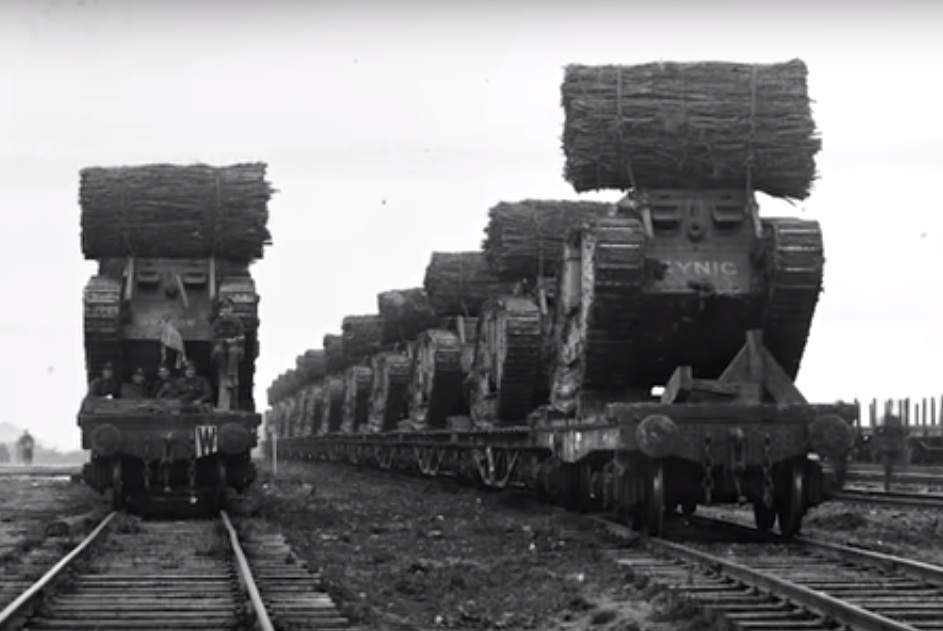 Do you see a bunch of wood on each tank? Its function was to pave the way for the tanks to easily cross through large, deep trenches.

When the tanks ran out of fuel, they had to return to the starting point to refuel, but when the tanks were withdrawn, the soldiers were vulnerable to attack. 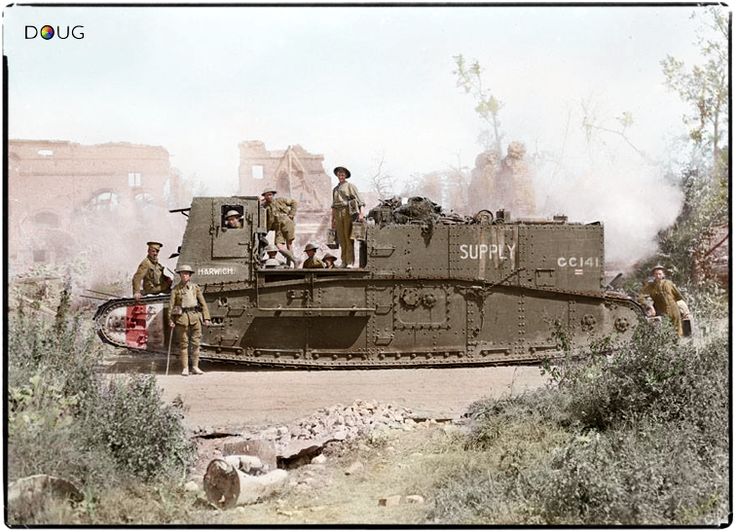 To overcome this situation, the British army built tanks providing fuel and soldiers

Following the British, France built and put tanks on the battlefield. In the midst of World War I, the French military industry was not strong enough to produce powerful engines capable of driving large tanks. So they have their own way of bringing mini tanks into the battlefield.

This is also the first tank with a 360-degree rotating gun block.

The price of 5 Renault FT tanks is equivalent to a Saint Chamond heavy tank and Colonel Estienne believed in the battlefield tactics of many a light tank: a fast, multi-target strategy that will make the enemy harder to deal with than a large, slow-moving tank.

The Germans built only 20 Sturmpanzerwagen heavy tanks of their own, which were based on the A7V track chassis.

The Beutepanzer tank captured by the Germans from the British team

After the Battle of Cambrai in November and December 1917, the Germans actively searched for Mark IV (British) tanks damaged during the war. They recovered about 300 damaged tanks and repaired 170 back to combat condition. They also replaced and retrofitted their tank machine guns and 6-barrel guns and returned them to the battlefield in 1918 to fight against the country that produced them. Due to the similarity, the British army suffered many losses due to mistaking them on the same side. The British decided to paint more large red-white stripes on the side and above to distinguish them from the vehicles that the Germans had taken.