With 45 years of reigning England, Elizabeth I created an era of greatest prosperity, turning the country into a force of great influence on the globe.


Confrontation with Queen of Scotland on the historical stage

Portrait of the Queen of Scotland Mary Stuart

Even when ascending to the throne, the throne of Elizabeth I was still unstable when it immediately faced opposition from many Catholics in England and abroad. To them, Elizabeth I was the illegitimate heir, as she was not born and recognized by Catholic Baptism. With this objection, Henry II, King of France declared that his son Francois and Queen of Scotland Mary Stuart were the rightful heirs to the English throne.

Henry even made the national title and jewelry for the couple as King and Queen of England. This proclamation put Elizabeth in an even more dangerous position, to the point where William Cecil, her secretary, said: “This battle for kingship has rung its first bell, and as long as Mary Stuart lives, there will be a never-ending war on British soil."

When Mary Stuart became Queen of France in 1559, the Queen of Scotland also became a threat to the kingship of Elizabeth I at that time. In preparation for the coming storms, Elizabeth I skillfully built her Anglican power in Scotland, and indirectly led to the uprising that killed Mary of Joseph - the biological mother of the Queen of France. The Treaty of Edinburgh was signed with the French agreeing to withdraw from Scotland, despite Mary Stuart's attempts to refuse ratification. The ink stains on the Treaty paper were an insult to Mary, now that Elizabeth had triumphed and had full authority over Scotland and her English throne.

Elizabeth I, played by actress Cate Blanchett, in the movie "Elizabeth: The Golden Age" 2007. The immortal line in the movie that Elizabeth I said: "I, too, can command the wind, sir."

Image of Queen Mary Stuart, played by actress Samantha Morton, in "Elizabeth: The Golden Age" in 2007.

When she returned to be Queen of Scotland after Francois' death, Mary Stuart lost support from France and had no choice but to make peace with Elizabeth I. But that did not mean that Mary gave up her ambition to the throne. England. Upon her return to Scotland, Mary sent an agent to England and demanded that Elizabeth I give her legal inheritance. This upset the Queen of England and the agent returned with her refusal.

Mary's discord with Elizabeth I was growing, but in the current situation, Mary could do nothing but find a solid rear. Mary's first choice was the son of the Spanish king Felipe II - Don Carlos. However, Mary's plans were completely extinguished by Elizabeth with the announcement that she would consider this marriage an act of hostility to the Queen of England.

Furious at Elizabeth I's proclamation, Mary made the final choice to marry Lord Darnley - Henry Stuart, Mary's cousin, who had declared himself more worthy of the English throne than Elizabeth. Mary's marriage was "the last straw", breaking her relationship with Elizabeth I. The rift between the two queens deepened when Mary gave birth to her son James in 1566 - this is who heir to Lord Darnley, and also a strong claim to the English throne along with the current Queen. 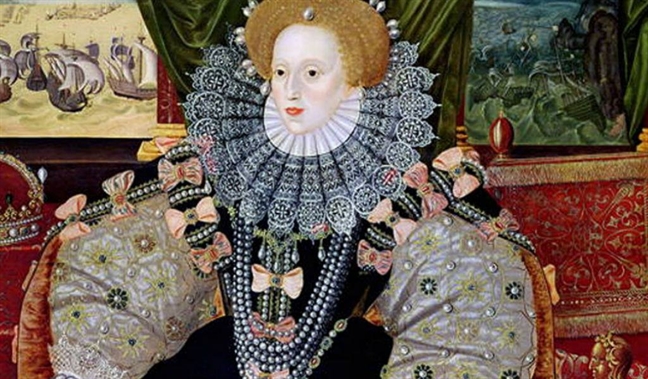 Portrait of Elizabeth I

However, this marriage became the beginning of Mary's next series of political failures. Lord Darnley was killed in a massive explosion at his home in February 1567, leading Mary to suspect her husband's death. To save herself, Mary married the Earl of Bothwell just three months after Henry Stuart's grave was laid. It is worth mentioning that this earl was considered by the Scottish people to be the prime suspect in the assassination of Lord Darnley, this time Mary Stuart's marriage turned 26 other lords against her and her husband. A riot broke out, forcing Mary to abdicate and lock herself in the castle of Lochleven.

After escaping from Lochlenven Castle, Mary sought help from France and her family in vain. With no other choice, she went back to England in the hope of being surrounded by her cousin. At first, Elizabeth I considered the rebellion of the Scottish lords unjustified, so she refused to ally against Mary with the Earl of Moray. In the end, Elizabeth made the decision to send Moray back to Scotland as regent while keeping Mary in London castle. 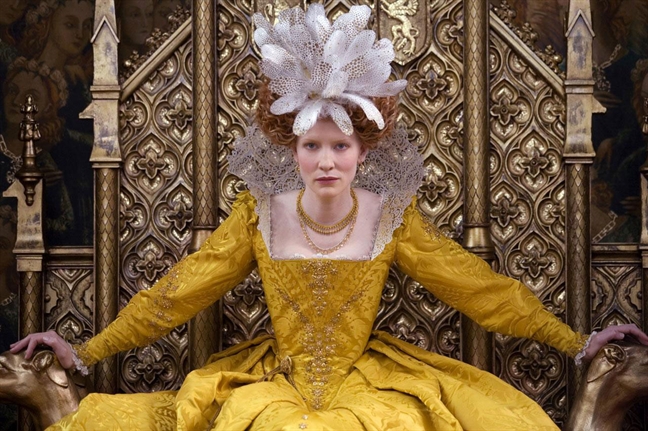 Modeling the character Elizabeth I, played by actress Cate Blanchett, in "Elizabeth: The Golden Age" in 2007.

The counselors assumed that Elizabeth's decision would put her in jeopardy in the future, and it did. In 1586, the Duke of Guise carried out a plot to assassinate Elizabeth I to put Mary on the throne, and Mary's letter to Babington was proof that Mary had a part in the operation. In September of the same year, the Queen of Scotland was brought to Fotheringhay Castle in Northamptonshire for trial. The final chapter in the royal struggle between the two queens has come to an end.

When forced to admit treason and beg forgiveness from the Queen of England, Mary refused favors from Elizabeth I. She believed that as a foreign Queen, she should be exempt from English law. and cannot be charged with treason. Mary's stubbornness brought Elizabeth under constant pressure from parliament and British councilors to demand that the traitor be executed. There are too few options for the Queen of England right now, and the fateful moment has come. On February 1, 1587, Elizabeth I signed the order to execute Mary Stuart, ending the life of the Queen of Scotland. 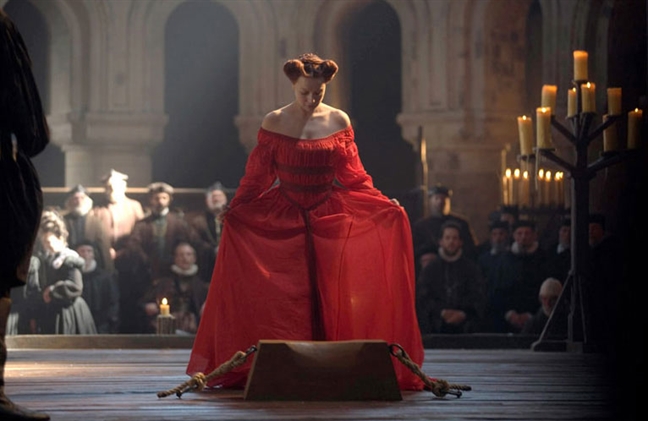 Image of Queen Mary Stuart, played by actress Samantha Morton, in "Elizabeth: The Golden Age" 2007. In the picture is the scene of Mary Stuart being executed.

Elizabeth I turned England into an empire that left her footprints across the globe. Mary Stuart's death paved the way for Elizabeth to stay on the throne for the next 45 years. Experiencing many important events and leaving a strong mark in history, Elizabeth I made it difficult for the world to forget the struggle for the crown between these three most powerful women in England.