What you don’t know about World War I (Part 2)

World War I saw machine guns widely used for the first time. To protect themselves, the soldiers quickly learned to hide and return fire from individual fortifications.

These fortifications quickly connected and became mile-long trenches. As the war progressed, three more layers of trenches were built after the first. By that way, the enemy still had to deal with three more trenches once it had captured the front trench.

The longest trench was on the western front, where it stretched from Belgium through France and down to Switzerland. Since it was impossible to bypass the trenches, the attackers' only option was to move forward. This was a suicide mission as both sides defended their first layer of trenches with barbed wire and machine guns. 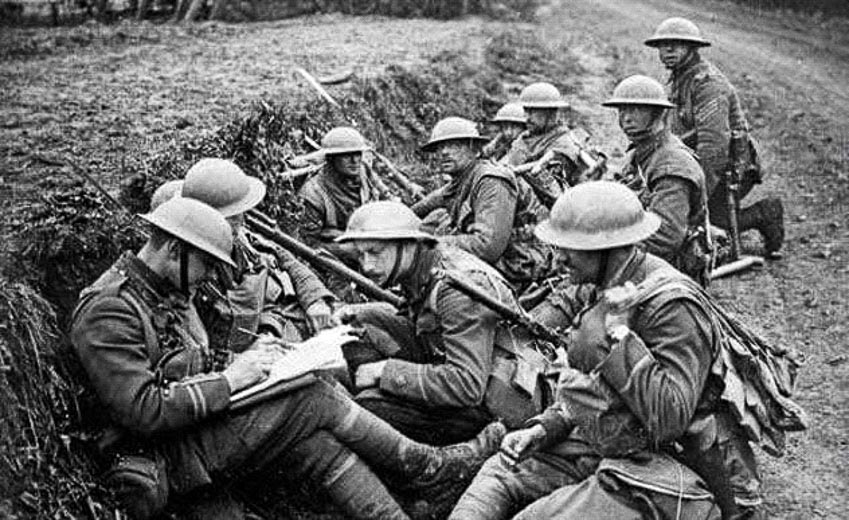 Another problem was that infantry when attacking was often supported by heavy artillery, but heavy artillery itself quickly became a problem and even contributed to the failure of attacks. Shell explosions signaled to the enemy that an attack was imminent, prompting them to quickly consolidate their positions and prepare to fight back.

The shelling also slowed the infantry's advance because the shells exploded in front of them. There was little that soldiers could do under fire from enemy machine guns and their own shells to cross a strip of land protected by barbed wire.

7. World War I led to the development of tanks

The trenches quickly led to a stalemate on both sides in World War I. No one won and no one lost even though the damage was divided equally between both sides.

Both sides just hid in their trenches and frontal attacks, started by whichever party, almost ended up with casualties on both sides and there was no winner. However, the war advanced to a new level with the arrival of tanks. 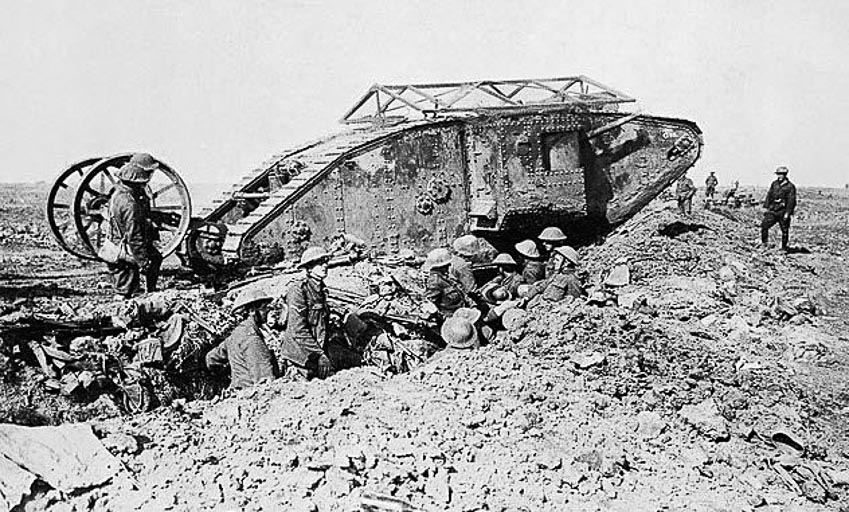 Before the war, offers to build tanks in Britain, France and Germany were all rejected. However, during World War I, Britain and France both secretly researched to build a tank in the hope that it would break the stalemate. Britain was the first country to build a tank and put it into battle on the Somme front on September 15, 1916.

The Germans had to flee when British tanks overran two of the three German trenches. But the tank had to withdraw because of problems with control. They were not really perfect.Heat and toxic fumes were big problems for tankmen, and they often failed. Of the 50 deployed, half were damaged before the attack. The Germans quickly became accustomed to tank attacks and developed anti-tank weapons and tactics. However, it was not enough to stop thousands of tanks deployed by the Allies.

On the other hand, the German army could only deploy 20 tanks. The Allied tanks broke through the trenches, forcing the Germans to surrender. If at the beginning of the war, machine guns forced the soldiers to huddle in the trenches, by the end of the war, the tanks pushed them back out.

They are now known as tanks, but the British army initially told workers that they were manufacturing "mechanized water tanks" to transport water for British troops in the deserts (now belonging to Iraq). The worker then shortens it to "water tank" and then to "tank". Ernest Swinton, a British officer involved in the development of the tank, liked the name and decided to use it in official documents.

The time before 1939, World War I was not called World War I. Simply because no one knew that another world war would take place.

In America, it was called The European War while everyone else called it the Great War. 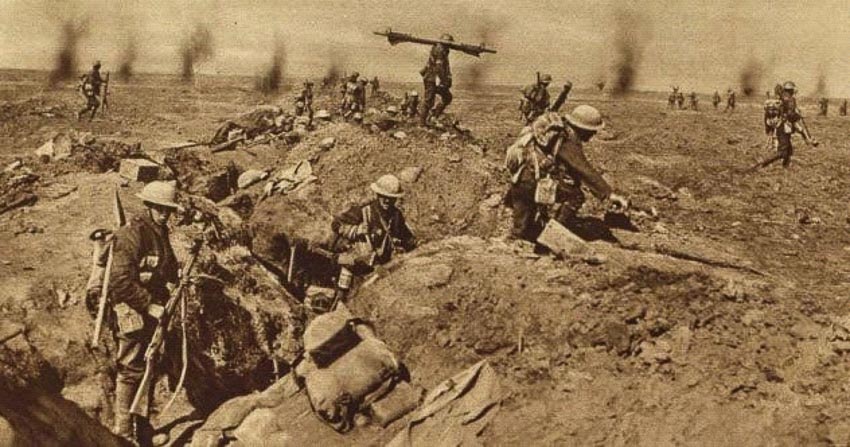 The term World War was first mentioned by the US when American newspapers used it to report the US entry into the war in 1917.

It was called the Great War because it attracted a large number of countries to the war. Besides the term Great War, it is also known as "The Great War for Civilization".

9. World War I pushed the warring countries into a swamp of debt and turned the US into a "superpower"

War is a money furnace! The warring countries during and after the war struggled to pay for this valuable lesson.

The war destroyed the industries and economies of Germany, Russia, Great Britain and France. Except for Germany, the remaining three countries were dependent on supplies from the US. The Allies bought a lot of things from the US, and the US economy moved from producing civilian goods to military goods. By the time the war ended, the Allies were heavily indebted to the United States and even indebted to each other in a vicious circle. 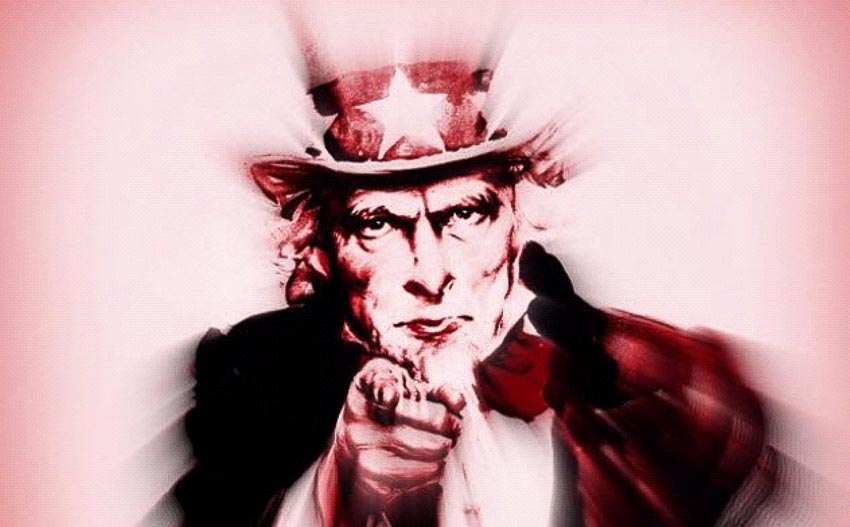 Specifically, Russia was indebted to France, and France was indebted to the US and UK. France owed Britain more than it did the United States, but Britain itself owed heavily to the United States. France wanted to repay the US and UK debt with the money owed by Russia. However, Lenin refused to pay because the government of Tsarist Russia was a debtor and the Tsar was overthrown.

On the other hand, Britain intended to use the money owed by France and Italy to repay the US debt. But France could not pay because Russia refused to pay. France attempted to repay its debts with reparations paid by Germany. But Germany had no money and could only make money if it exported goods to the US. The US, due to a recession in the 1920s, could not buy imports from Germany. Things got so bad that the US lent money to Germany in 1924 so that Germany could repay France and Britain. In return, France and Britain used this money to repay the US debt.

At the same time, most of the warring countries abandoned the “gold standard” at the beginning of the war, leading to the devaluation of their currencies by the end of the war. This made the US the country with the most gold, and thus the country as the custodian of the global gold standard. When the United States “devalued” its currency, it caused other countries to adjust as they needed to devalue their currencies below the value of the American currency based on the new gold standard America determined.

This option would lead to massive unemployment, while the other option would be to devalue their currency against the US dollar. Most countries chose the second option, although Britain chose the first. One way or another, the America and the US dollar were clearly the winners.

The Treaty of Versailles officially ended World War I. It forced Germany to pay war damage at 269 billion gold (German currency at the time), equivalent to 100,000 tons of gold to the Allies. It also held Germany accountable for the war. The aforementioned compensation was later reduced to 112 billion gold, but that did not lessen the anti-Allied sentiment in Germany.

This debt placed a heavy burden on Germany. In fact, Germany only completed this payment in 2010. Germany suffered a severe economic crisis at the end of the war.

Unemployment abounded and inflation skyrocketed. However, the country still had to pay reparations and accepted responsibility for causing the war. German people did not want that. These were the main factors that brought Adolf Hitler and the Nazi Party to power. The Nazis propagated the dangers of the Allies and promised to bring the Germans out of their predicament. 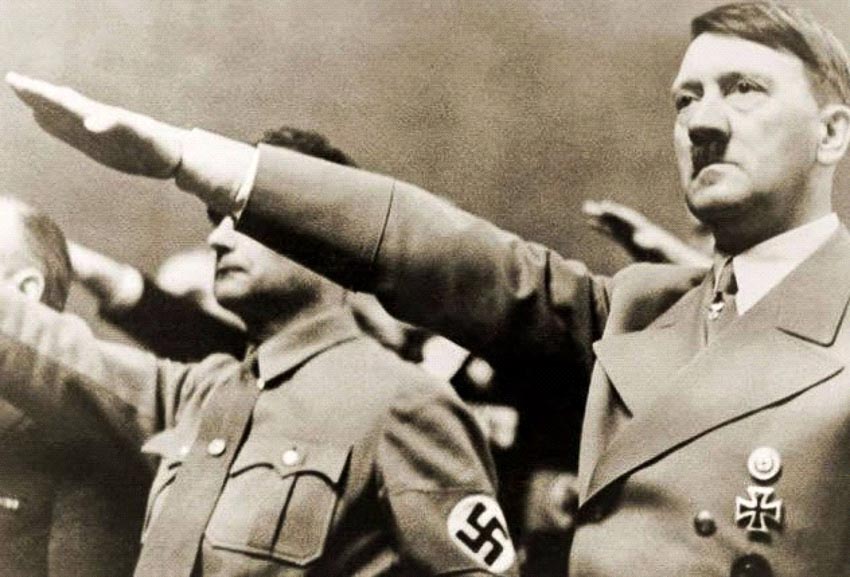 When Hitler came to power, he refused to pay more. Instead, Hitler built an army and waged World War II.

This second war destroyed the purpose of war reparations. The Allies demanded a huge amount of money from Germany so that it would not have enough money to start another war. But clearly this aim backfired. Allies had learned profound lessons. Although they still demanded reparations from Germany at the end of World War II, the amount was not as much as demanded after World War I. Instead, the Allies focused on rebuilding the country and punishing Germany's wartime leaders.